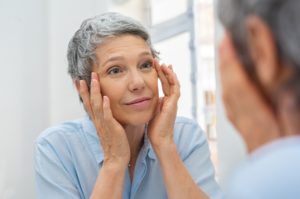 You used to hear about Botox all the time in the tabloids, until it became so common among celebrities that it was no longer noteworthy. But you still really only hear about celebrities getting Botox treatments, so it stands to reason you would think that this treatment is out of your reach. But Botox and other anti-aging treatments are actually affordable and attainable. Here are three reasons Botox isn’t just for celebrities.

Yes, Botox was an expensive treatment when it was first made popular as a cosmetic treatment. But that was a long time ago, and the changes in the industry have led to a definite change in price. Botox prices vary widely. But no Botox treatment should cost more than a few hundred dollars, and the results last for several months.

There isn’t a special secret club where you can get an appointment for anti-aging treatments. Well, I suppose you could call our MedSpa a special club, but it’s hardly a secret. We offer Botox and other anti-aging treatments in addition to more invasive or surgical measures. Almost every city in the nation now offers at least one provider of Botox.

When Botox first became popular among celebrities, they were trying to find a way to diminish the most common wrinkles to appear: crow’s feet, forehead creases, and brow worry lines. Now those in their 30s are hip to the fact that these are the first lines to appear, and there is a way to put off their arrival. That method is Botox.

If you want to see what the hype is all about, contact us today to schedule an appointment.